An alternate, harder iteration of Dark Sci-Facility by Crazyblox. Its tower vaguely resembles the aforementioned Dark Sci-Facility, with harder and/or changed gameplay elements (keep in mind that I did not use the stolen Dark Sci-Facility model as a template for this map, reason being is that I do not have the model in my inventory).

Major changes in the map start in the images above. 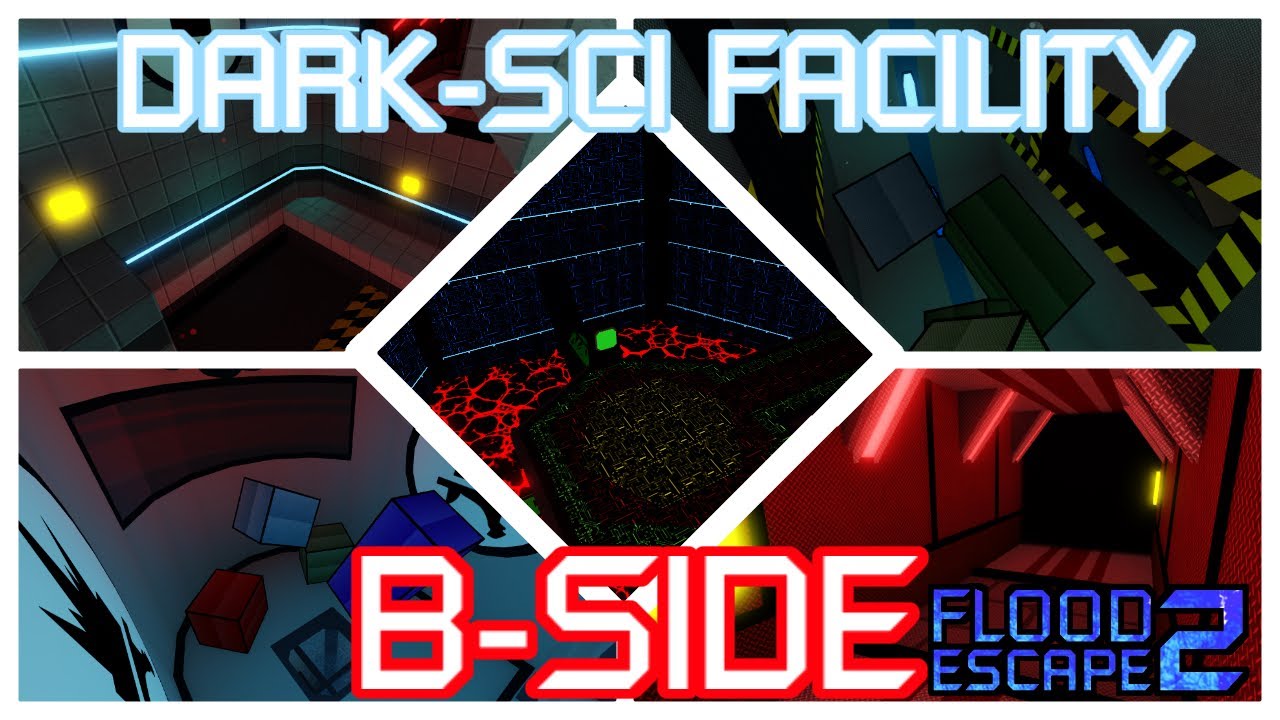 woah this is awesome

goddammit you gave me flashbacks with that music-

that’s a lot of buttons

on-topic very nice, finally a map based off of dark-sci facility that isn’t just a low quality buff

This is really interesting and looks cool. I will try but I suck at crazies.

That actually impressive! Last room can be be improved too

you’re referring to the two wedge jumps after the 7th button right? also i might add that the new physics update messes up the camera a little bit as well

Its already got almost 10 votes jesus

heres your 10th vote from me
good map

The red neon doesn’t really look good, maybe it would look better as a different color

Also, can you make the red neon on that platform less thick?

its ok. not a fan of the spawn room.

i like the swimming areas, those are kinda underused, the design is cool as well, so those rooms are prob my favorite rooms in the map. it could probably have some arrows tho as it’s a little confusing.

see those 3 diamond plate platforms all the way up there in the fog? yeah they don’t fit, consider changing them.

the gameplay is alright, although the first tower feels too difficult compared to the rest of the map imo, nerf the area a little bit.

i am aware that the first tower is based off of the real dsf but it still feels too similar. (and dsf itself isn’t that good looking imo)

i feel like there are too many buttons, especailly in the hallway rooms and the area where the dsf 3rd button would be.

it’s an ok map, design and gameplay wise. 1st tower needs some work tho in terms of gameplay and design. the swimming part is a plus+ tho.

once again the bgm is giving me homestuck flashbacks oeuifjowehf-

I’ll just give my opinion on this.

I think it’s fairly interesting. Not gonna say unique because well there’s already a bunch of DSF type maps, but I’ll give you credit for actually changing it up a bit. It kinda feels like after DSF in a way, where after beating the Dark-Sci, you drop down into this even bigger facility, where it’s harder for you to escape. Gameplay is kinda in the middle for me. Like yes it’s a Crazy but I don’t know how to feel about it. It’s a little bit confusing, though that might just be me. I still haven’t beaten it yet, but it looks like the first section is way harder than the second.

Also I really think you should try and put your images in order next time. I usually don’t complain about a post’s formatting as it’s unnecessary but it kinda confused me because I thought the first image was the spawn, when really it was the exit.

That being said, here’s some slight nitpicks on detail.

While ForceField is a neat material, it’s not all that visible on Graphics 1. You can barely see it. So maybe put the Transparency at -2 or -1, just to make it a bit more visible.

Here and in the swimming section in general, there could be box variety. Like different types of crate designs, like maybe crates that are open or maybe some detailed crates that try and fit in with the map’s theme.

Honestly feel like there could be a bit more at this section. I don’t know what to suggest here but maybe some flood lights or generators.

Other than that it’s quite alright (apart from the spawn, though I’ll give it a pass since DSF Theme). I understand that this may have been made for fun and it’s nothing serious, but I’m just giving you suggestions to keep in mind for future reference (in case you decide to do some type of facility-themed map again). There’s a bit of detail collision here and there that I forgot to mention, but it’s you choice if you want to fix that or not.

I was about to be like, “I’m disappointed, pretty much a step down from Mesosphere” but I realize that saying that wouldn’t be right. You made this as something for fun, something that’s just a cool little idea that you turned into a map. While it is kinda like a “buff”, at least it’s not something like TRC. You put actual effort into this, and me saying that I was disappointed is discrediting you from work you effort into. You tried your best and I honestly think it’s a cool fun little side project you worked on. Great job on this, even if it wasn’t was I was expecting from you, it’s a solid map.

(btw, I especially love the swimming section, detail and gameplay wise, love the inspiration you got from turbulence)

see those 3 diamond plate platforms all the way up there in the fog? yeah they don’t fit, consider changing them.

bit lost on what i should even replace them with

honsetly idk what i would put there either lol