SPECIAL WORDS FROM CREATOR:
Hello, mnt/oni_v speaking. I’d like to thank you all for reading this, voting this, recording this, or shown any type of support in any form, I cannot be thankful enough. This map was pretty stressful in a lot of times, most of it came from testing rather than building (building wasn’t that bad other than the few times I had no idea what to do next, testing was way more stressful because either nothing worked out the way I wanted it to or the script/lighting broke). Map’s main inspirations are:

So yeah, that’s all I have to say about this map for now. It was one hell of a ride, but a memorable one, thank you so much guys.

DESCRIPTION OF MAP:
A journey from glass palace hallways cluttered with lava, from dungeon and potion rooms to treacherous winter meadows, with major pace. Run as far as you can, or the Defime will inprison you. Every part has a different style.

LORE:
The Yankahov Palace is a hidden palace, somewhere in Northern Russia, laying beside a popular road named Baikal Highway. The palace was built in a deep wood filled with pine trees to keep the Yankahov family safe from neglect and threat. The palace was completely deprived from society. The family has a harsh history of cruel battles, so they settled in the woods where noone could ever find them. The family consists of floating spirits, that remain light blue or green during day light, along with the palace, and during night they transfer into a camouflage of brown and purple. The entire palace is guarded by a large eye that knows all that moves and goes in the palace, The Defime.

You had a car collision in the winter road after a long night ride on the famous road. The entire car is in flames, and you’re in the middle of nowhere. You need to find shelter, and fast. Russian winter nights are very harsh. And so you go, find a hidden wood tunnel, and find yourself in a glamorous palace filled with brown and purple. However, you have no idea that a large eyeball secretly tracks all your moves and it gives you an invisible favor. Either you run away from the lair or you will perish in the dungeons. You decide to run away.

AREA 1: A normal palace room. Nothing much to say, just doors and doors everywhere. However look at all those cute little spirits! It consists of a very gloomy atmosphere, telling you that you’re bang smack into the most peaceful side of the palace.

AREA 2: A grande hallway, has a few parts being well-lit, hinting there’s worse to come, and filled with spirit guards patrolling the hallway, yet not stopping you from touching the core. Yes, there is a core which upkeeps the Defime. There are multiple of these in the palace, but this is the one of the only that appear. If you touch it, it disappears, and the Defime screams in pain. Perhaps that’s why he flooded the entire palace because you touched it?

AREA 3: Another cluttered hallway. This time, you go inside a room to get a button. The room is used to make food for the family. This time, everything here is well-lit. Now you’re safe to assume you’re in great danger.

AREA 4: The dungeon where the Defime would have kept you if you didn’t want to escape. Terrifying, isn’t it? This is the stage of the map where you should be aware you’re in for a ride. Area is half-lit, meaning you’re in for a small ride, but it’s not the worst you’ve endured so far.

AREA 5: The middle floor of the palace, yet deeply rooted underground. This is just the druid’s stronghold, with a library. However this guy must’ve been in a huge rush he didn’t even bother to clean up…

AREA 6: 2nd dungeon area, pre tower. However, the lights turned all gloomy out of a sudden. And a window seems to be broken because a good part of it is pretty slippery and coated with ice, did the Defime just let you a little rest? If the previous rooms gave you some trouble, then this should calm you down a bit. However that doesn’t mean you can just walk away, you’re about to be faced with something much worse! Room carries the second orb, which causes the Defime to come into a stage of absolute wrath.

AREA 7: The staircase. However, it’s almost 5 o’ clock, everyone’s asleep, and the Defime changed it to a course so you won’t have the easy way out. This part can kill you if you’re very shaky not to mention it’s the hardest point of the map, so here’s a tip: don’t be afraid of the lava. It could look fast and all, but be careful. The area does a small trick where it is semi-dark, tricking you that you’re in for something soft, which you’re wrong!
At the apex of the tower, you can see the Defime, staring at you through his weary eyeball. Creepy, isn’t it?

AREA 7: The frosty, frosty outside. Also the final area of the map. You exit out of the palace and all the torture, however your journey doesn’t end just yet! You still have a bit to go. The Defime will carry out its final sequence: Absolute Submersion. Get back to the pathway that led to the road of your car crash or you’ll drown under The Defime’s wrath!

And that’s it for the map. Hope you enjoy or suffer. 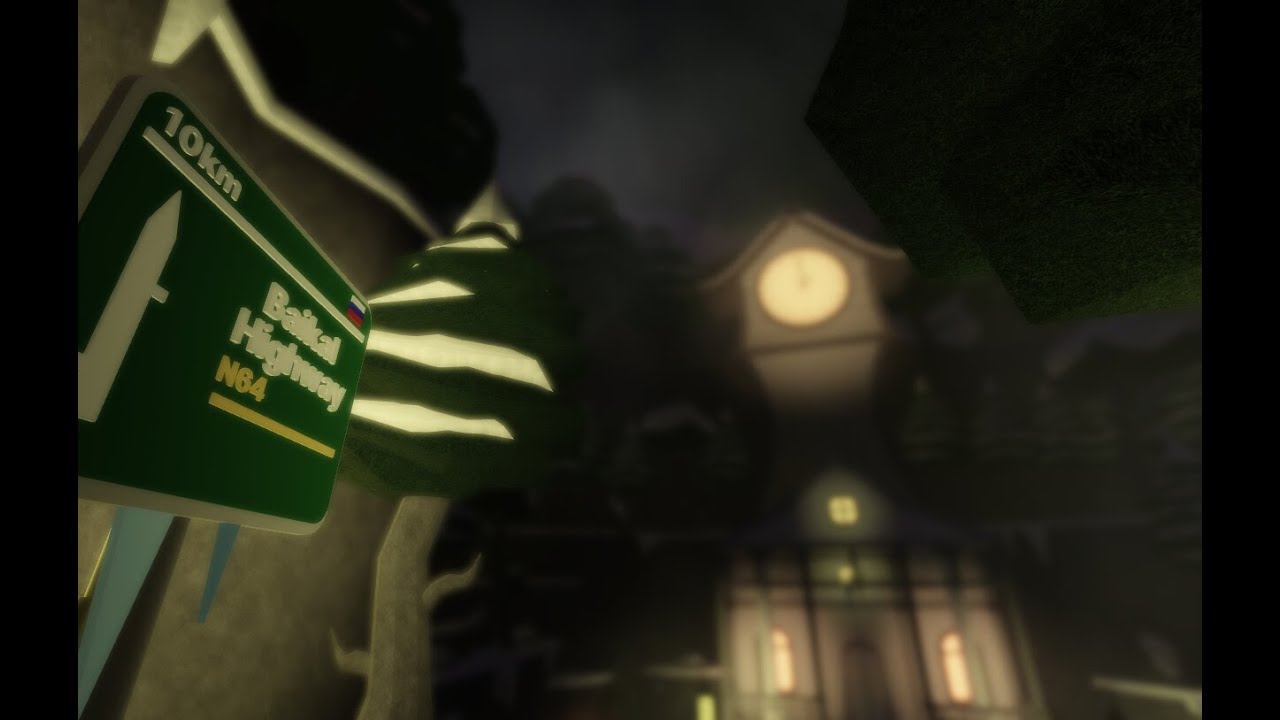 Leave a vote if you enjoyed, I’d more of appreciate it if you spent your time reading this, this took me 45 minutes over the release time. I’m planning to make a side-game showing the pre-catastrophe of the incident. Promised this hopefully before the new year, and it did happen.

when i saw the first image, i immediately voted. amazing, absolutely phenomenal.

you forgot to rename it:

I tested it, I made mint nerf the tower wall jump 4 times.

This map is absolutely amazing, fell in love with the lighting tho.
+1 Vote!

my favorite part was the testing screenshots

jk, i love this map so much lol you’re too good at building

testing was fun as well

thanks man, youre prob the greatest brother alive

someone make a vid of this map plz

this is next level stuff

When is the infinite air big chungus screen coming out

now this is EPIC